A 6-year-old Missing Miami Boy ‘JOJO’ from Miami, Florida. Who was reported missing to the Miami-Dade Police Department on August 27, 2022 has been found in a city in Canada.

According to the National Center for Missing & Exploited Children, a member of the public spotted the missing child and his father, Jorge Gabriel Morales, at a Walmart in Moncton and recognized the boy’s face from social media reports.

“I’m so happy because my son is fine, I feared the worst,” Yanet Leal Concepcion, Jorge Jojo’s mother told Local10.

A missing person alert was issued after the abduction, naming his father and paternal grandmother, Lillian Pena Morales.

Authorities believed the boy could have been in eastern Canada or Maine after the 2006 Ford Expedition truck driven by Jorge was found in Maine on Sept. 26. The FBI subsequently released surveillance footage from a Walgreens in Houlton, confirming Jojo was in the state of Maine at some point during his travels. Police also allegedly found items belonging to the child in the vehicle.

“Every mother fears the worst and I’m just… I can’t, my body is like leaving my soul. I’m just so happy I can’t stop crying.”

According to Local10, Jojo, who has autism, “has been relatively unaware of what he’s been through in the last two months.”

Jojo’s father and grandmother have been taken into custody, Miami-Dade police confirmed, with the arrest of the 45-year-old man undertaken “without incident” at a business on Plaza Boulevard. He is currently in police custody. Lillian, 68, who was also sought in the investigation, was also arrested without incident on Village-Des-Cormier Road in Saint-Paul and is now in police custody.

“This is another example how local, state, federal, and international law enforcement, along with the United States and State Attorney’s Office coming together for the safety of a child and will continue to work together to fight the greater evil,” Miami-Dade Police Director Freddy Ramirez said in a statement. 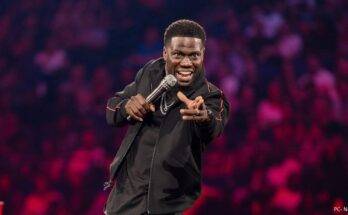